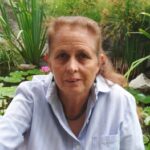 Global climate change, human population growth, loss of species – all these are concerns.  She asked herself, What can I (we) do as individuals that might make a difference to these students, and the future of our local community and the world?

Lou Ellen retired early from teaching at NMSU in January, 2008.  Even before that time, she had gathered a core group of people to form a board, to be advisors, to recruit students and teachers.  The Las Cruces Academy was incorporated in the State of New Mexico on 2 March 2007.  Two-and-a-half more years of effort were needed to get the doors open for our first classes on 15 August 2009.

While the Academy was in its formative stages it became a family effort.  Her husband, Dr. Vince Gutschick, was recruited initially as a board member and has become the functional co-founder, teacher, technology guru, business planner, and bookkeeper.  Their son, David Gutschick, while in his studies for a B.S. in Mechanical Engineering at Caltech, took on many tasks – finding a rental location meeting both codes and desirability, putting up a website, creating the idea to invite families of potential students to talk with us over dinner.  He even took a year off after graduation to work exclusively for the school.  Now he’s completed a Ph.D. in Materials Science and Engineering at the Ohio State University and a current employee of Fitbit at Google; he still works with us as a Board member, business planner, and IT consultant. The Academy could never have started without the efforts of both these talented and hard-working men, and its continued existence and success is largely due to their tireless, high quality work. Many other friends pitched in up to and now 7 years beyond the opening.  We recognize their contribution on our Giving Page, under Thanks.

Lou Ellen looked at the state of education, from local to global, and particularly the progress of bright students who can contribute so much, if they can develop their talents, wisdom, and compassion for others. She decided to start a school for these bright students, with the goal of giving them the best education possible – in depth and covering a wide variety of subjects, including languages- Chinese and Spanish, globally important languages – science, and math.  One inspiration was the story of the Perth Modern School in Western Australia.  The most promising students were recruited; they were given a very challenging program for half of each day and freedom to research their deep interests the rest of the day.  They became world leaders.  Complementing that, we also consulted with many people of great wisdom and accomplishment, including Nobel Laureate Leon Lederman, founder of the Illinois Academy of Mathematics and Science.  We set out with many ideas, a mix of the bold and the traditional.

We chose to be a private, non-profit school, not a charter school; we are free to set our curriculum and to choose the best, most dedicated and innovative teachers.  We engage, among others, the very qualified, underemployed educators associated with NMSU.  We are a secular school, unaffiliated with any religion, enabling us to be most inclusive of worldviews.

It took longer than expected to enter the world of business.  As a team we put together the required legal documents – for incorporation, for no-profit status as an educational public charity (501(c)(3) status).  We opened bank accounts at FirstLight Federal Credit Union, obtained a business credit card.  We found a Board of Trustees.  The next steps were much harder – finding a building, students, and teachers.  Zoning codes for a school are very restrictive, and attractive areas with play areas are very rare.  David, his friend Sue, Vince, and Lou Ellen scoured the city for 18 months.  The resolution of this search is noted shortly. With advice from experienced people and lots of personal contact, we put together a Board of Trustees.  We sought teachers via recommendations of trusted people and via advertising and job fairs.  To find students, we advertised via David’s fine website, notices in public venues and media, and, most effectively to get the final acceptance by families, via inviting prospective families to dine at our house and talk.  The first teacher we recruited was Mei Dai, a highly qualified teacher, born in Nanjing, a recipient of awards from the Chinese government for teaching non-native speakers; she is still with us in 2016, though destined to move to Tucson to join her husband at this new faculty position.  Another gem of a teacher was Paula Hines (Hunter), who was a stalwart through 2015 teaching full-time, when she moved to Florida.  Lou Ellen taught full-time, as well.

We opened at 212 S. Downtown Mall in space rented to us by David Blanchard, a wonderful landlord, in his Blanchard Engineering building.  It was within easy walking distance of museums, the Farmer’s Market, and interesting stores.  To meet fire codes and other codes, we had to renovate the space extensively.  Lou Ellen put a lot of her own money into these leasehold improvements, money not recoverable.  Many helpers pitched in with cleaning, painting, constructing bookcases, student cubbies, and a wall protector.  We furnished the space and awaited students.  August 15th was an anxious time.  How many students would come, from families trusting an unproven school?  Thirteen students in grades K-4 did come.  We were rolling!

The curriculum that we set included lots of reading & writing of English, plus learning Chinese & Spanish, as well as Singapore math (chosen because the top performers in international math contests had studied with this program), science, social studies, art, music, and daily exercise (PE).

The first students – as all have been and are subsequently – were a mixed group representing many nations and many backgrounds, from physicians from India & Germany, to children of mechanics and border control officers. They are a constantly changing group, as parents move or their financial status changes, but the mix remains.  Our students are attached to the school, even after they leave.  It’s often a challenge for parents to get their children to want to leave.  In our years on the Downtown Mall, students and their families would crop in on Saturday to see us as they walked the Farmers’ Market (we’re always at the school cleaning and preparing on weekends).

In 2011 there was construction at our part of the Downtown mall and we were outgrowing our space. At the same time a wonderful modern art gallery, the Preston Contemporary Art Center, was closing. It was love of the site at first sight. After months of negotiations we finally moved in at an affordable rent, to our current space at 1755 Avenida de Mesilla, in Mesilla. This space also wonderful, within easy walking distance of downtown Mesilla, with its parks, shops, and J. Paul Taylor’s home.

We are now in our 9th year at this location, still with a mixed, interesting group of students and teachers. We have kept all the topics in our curriculum and have added more. In 2017 we added early kindergarten to provide a strong start for precocious 4-year-olds. Lou Ellen and our K-2 teacher Katie Bushma teach cursive writing to students from K onward. Katie has kindergarteners writing poetry. Third- through eighth-graders learn computer programming in Scratch or Python. Polymath Elizabeth Brasher offers wide-ranging classes in English, social studies, music, and PE. Master teacher Yulin Zhang offers 6 levels of Mandarin Chinese. Our math offerings naturally expanded up through grade 8 and even beyond. Our science classes have four levels, with striking experiments. Students in two grade levels have courses in automotive mechanics and in world culture. Five groups of students learn to play tennis. When resources are available the older students learn archery.

Our plans for the future continue to be ambitious.  We are actively working toward accreditation by the top accrediting agency, the Independent Schools Association of the Southwest.  We know that we are already doing a great job; we seek to verify that for ourselves and for our LCA families.  The effort is a major one, with hundreds of hours of documentation of our curriculum and our policies, a full audit, and reorganization of Board and teaching functions.  We are also continuously building and refining plans to purchase our building to guarantee that we have our very fine home.  We also continue to grow in both student enrollment and programs.  Enrollment gains translate both to serving more students and to income to support it all.

Let us now forget the so-important role of donations, past, present, and future.  We thank all of our supporters over these 14+ years. All this help and dedication keeps us going.  Our history continues to be written in the attainments of our students.