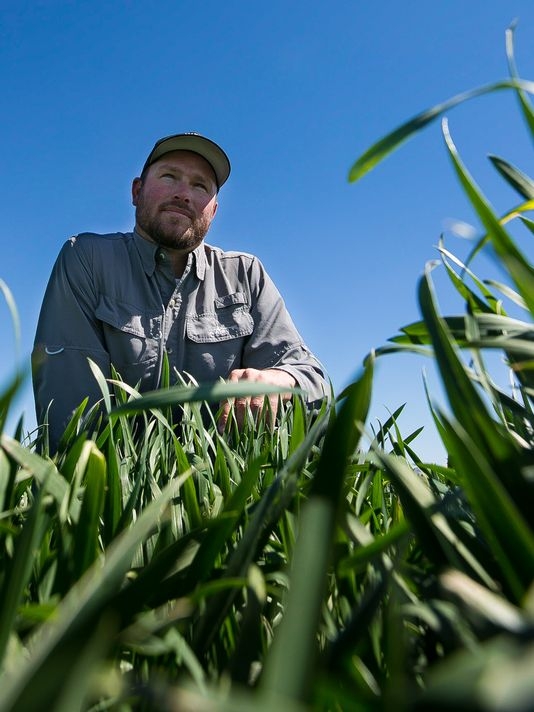 Co-owner, Hill Farms and Organ Mountain Produce
Topic: Agriculture and business
Currently serving as a “face of farming”. As a farmer, most people in our line of work don’t get the opportunity to get off the farm, and explain to people where there food comes from. With this position I have been fortunate enough to travel the country and share my story.
Hill farms is a diverse operation growing rapidly. We produce Hatch red and green chile, onions, lettuce, cabbage, pecans, pinto beans, alfalfa, wheat, corn, and cattle.
Over the years, Hill, a second generation farmer and the youngest of five children, has increasingly taken on more responsibility and ownership of Hill Farms operations. He currently owns the nearly 1,000-acre farm with his father, Jim Hill, 75, growing a variety of crops, including onions, lettuce, cabbage, corn, alfalfa, wheat, pinto beans, pecans, chile and more recently, carrots. The two also run a small beef operation.
In the past year and a half, Hill has also taken a serious interest in photography, taking pictures of the southern New Mexico landscape and the farm when he can. Besides the occasional photo of farm workers and what he calls the “epic selfie,” most of his photos focus on his surrounding environment, such as a lone tree in the desert, the night sky over a field of crops or a herd of cattle.
Outside of Hill Farms, Jay Hill is a co-owner of Organ Mountain Produce, which focuses on distributing produce to local restaurants and bean distribution. He is working with his cousin TJ Runyan to open a farm-to-market store, called FARMesilla, which will be built just outside of Mesilla and is expected to be completed by late summer or early fall.