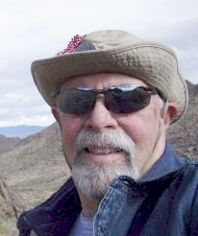 Paul is the owner and operator of a private business, STAT, for statistical consulting, as well as a consultant to state and federal agencies.  He also holds a Ph. D. in educational administration. He is one of the first members of the Board of Trustees.  Paul is a resolute supporter of the LCA with his advice, on and off Board meetings, his support offered as funds and as materials, and his links to state and federal agencies.

B. S., Physics, University of California

A former US Marine, he is President of Science Technology Analysis Team LLC based in Las Cruces, New Mexico, a private company engaged in plans and policy analyses for areas as diverse as emergency preparedness and mitigation, and sustainable, culturally-sensitive economic development in Southern New Mexico.  Dr. Deason served in the US Department of Defense for over 30 years, retiring as an Army Analysis Fellow.  In 1987, at Trinity College, Cambridge (UK) he was elected a Fellow of the Royal Statistical Society (England).  From 2012-2015 he served NM Governor Martinez as a Director of the New Mexico Spaceport Authority.

Paul is on the boards of the New Mexico Spaceport Authority and the High Tech Consortium of Southern New Mexico.  He is a longtime leader in the Boy Scouts of America.