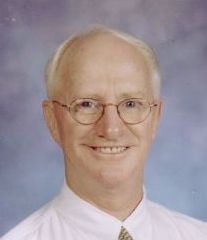 Harry served on our Board from 2008 through early 2018.  He died in hospice in April, 2018.  We appreciate his long service and his benefit to the Academy.  We were introduced to Harry via his teaching of history and government at Las Cruces High School, where he was the favorite teacher of many students, including David Gutschick, who serves on the LCA Board.

Harry Edward Hellmuth, Jr.  (Lt. Col., US Army, ret.) died peacefully at 2 AM on April 10, 2018 at La Posada Hospice in Las Cruces, NM, following a fall and a hospitalization.  Harry was born in Chicago, IL, on December 12, 1929, on the South side, a true Chicagoan and fan of the White Sox.  He was the son of Harry Edward Hellmuth, Sr. and Lillian Jenner, both of Chicago.  He received a B. A. in sociology and in political science from the University of Illinois, leading to a long career in the Army and in education.  Harry joined the Army in 1954, having graduated as a Distinguished Military Student and being commissioned as a 2nd Lieutenant in the regular army.  He held many responsible positions, from platoon leader to commander of an 800-man field artillery battalion.  He served in staff positions dealing with personnel, logistics, operations, and training.  He conducted numerous investigations under the Uniform Code of Military Justice as part of general courts-martial proceedings.  Harry headed a Defense Nuclear Agency inspection team whose responsibility was to determine the safety, reliability, and security of the US nuclear weapons inventory worldwide.  His team ensured that no personnel in charge of the weapons had behavioral or mental problems nor used mind-altering drugs, jeopardizing the security or safety of the weapons.

Following his discharge in 1976 as a lieutenant-colonel, Harry embarked on a career in real estate, first as owner of a property management firm, providing contractual management and maintenance services for over 500 units in Albuquerque, NM.  From 1987 to 1992 he worked as a realtor in that city.  In 1992, he took to his creative form, designing and constructing stained glass for his company, Don Quixote Stained Glass.  His most recent home in the Boulders community here in Las Cruces had a number of his beautiful pieces.  In 1994, Harry then turned to education, as a gifted and beloved teacher at Las Cruces High School for Advanced Placement European history, US government, and economics.  He was the favorite high-school teacher for many students, including David Gutschick, son of the author of this obituary, Vincent Gutschick.  He received his secondary licensure certificate, of which he was justly proud. Harry then took his talents to New Mexico State University, supervising student teachers from 2000 through 2008.  He evaluated their teaching skills and advised them on improving their presentations and lessons.

From 2008 through 2017, Harry was an active and loyal member of the Board of Trustees of the Las Cruces Academy, a non-profit private school situated first on the Downtown Mall in Las Cruces and, from 2012 to date, in Mesilla, NM.  Harry gave calm and sage advice, a wonderful counterpoint to the fabulous series of cars that he enjoyed.  He is missed.  He bequeathed the residue of his estate to the Hellmuth Military Science and Aerospace Studies Endowment in the Department of Military Science and Aerospace  Studies, in the College of Arts and Sciences at New Mexico State University.  Col. Hellmuth will be cremated and his ashes will be buried with full military honors at Arlington National Cemetery.

Harry outlived many friends, his parents, and his brother, Eric.  This obituary was composed by long-time friends Dr. Vincent P. Gutschick, his wife, Dr. Lou Ellen Kay, and their son, David D. Gutschick, all of whom are founders and members of the Board of Trustees of the Las Cruces Academy, where he served so long and well.