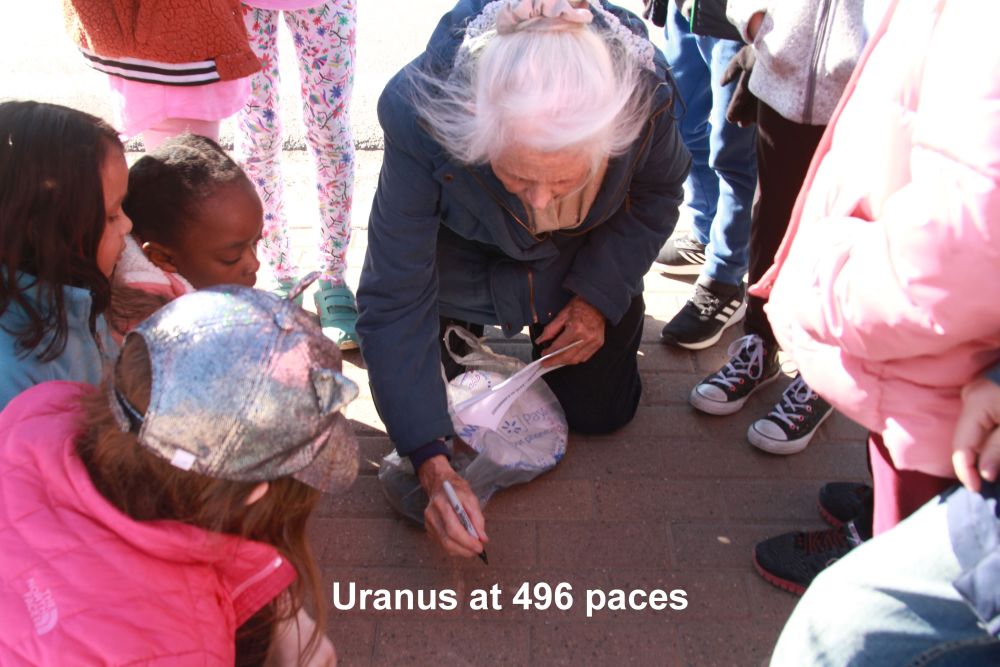 20 December 2019: pacing off the distances to the planets.   Students joined teacher and Head of School Dr. Lou Ellen Kay to walk down Avenida de Mesilla, placing scale models of the Sun and the planets at appropriately scaled distances.  Starting from the Sun, represented as a paper plate 8” in diameter, they walked 10 paces (30 feet) to reach Mercury, where Lou Ellen drew a pinhead 0.03” in diameter to represent Mercury!   On they went, to place planets out to Neptune at 777 paces!  At the stopping point she spoke about the far greater reaches to the Kuiper Belt, then the scattered disk, then the end of the Oort cloud (at a real distance of 1 light-year, scaled to 50,000 times the distance to the Earth, or 1,300,000 paces, which is 740 miles, a walk down to Mazatlan, Mexico!  We skipped that part.

How Big is the Solar System? http://www.noao.edu/education/peppercorn/pcmain.html

This peppercorn is the Earth we live on.

Put the Sun ball down, and march away as follows